support Posted on May 7, 2016 Posted in Uncategorized

* Reconform sometimes injected multiple copies of the same new material depending on button order pressed during reconform. Now it will only happen once.

* Reconform now moves track automation as well as item automation. You must complete “Phase 2: Resolve Regions” for track automation to be moved as the resolved regions are required. You should “Merge” group regions to get the cleanest result. Only automation that is within MOVE or EDGE regions will be used.

The example below shows before/after images of track automation that has been ‘repaired’ due to a deleted scene. Some automation had to be removed as merging them would just create a mess. Automation from the moves are joined. 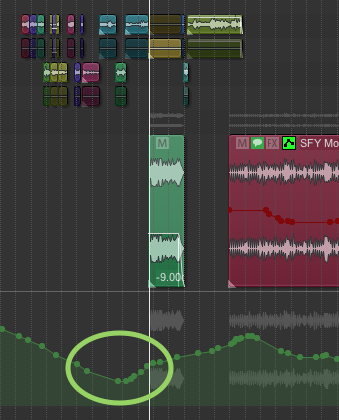