supportPosted on November 21, 2014 Posted in Uncategorized

Vordio 3.0.6 is an urgent bug fix release for bugs that were accidentally introduced in 3.0.5.

To download the update, please use the download receipt link in your email. If you no longer have it, please contact support to reissue a receipt.

supportPosted on October 8, 2014 Posted in Uncategorized

To get the upgrade please use the download link in your previous email receipt. If your email link doesn’t work, please contact support to reissue another receipt.

* Compound and synchronized clips that had a non-zero timeline start were positioned & cropped incorrectly.

* Now includes the most powerful feature I have been working towards in Vordio 3.x – full pipelining & remapping of all audio sources (separated storyline & connected clip audio configs are now understood). In simple terms, this means translation results in a much more convenient & accurate layout of audio items. Before, Vordio used a simplistic approach that only accounted for the first set of audio sources it found for each piece of audio and then ignored any others that may further modify it. Now Vordio follows and remaps them all, right the way up through the project hierarchy, to calculate a final channel mapping result for each item. In simple terms this means that a reverse stereo clip inside a reverse stereo compound clip will be flipped twice so as to come out as normal stereo once again. Complex configurations like the example below are understood and translated in full. 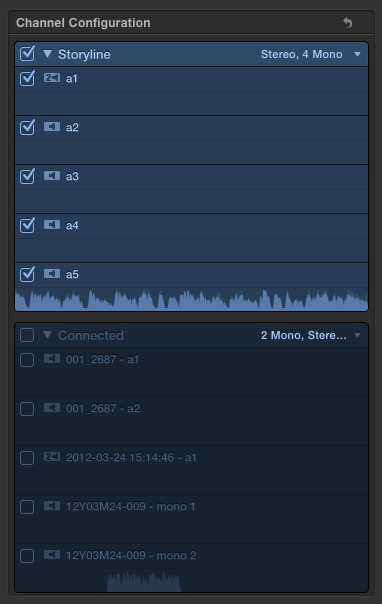 supportPosted on September 22, 2014 Posted in Uncategorized

To get the upgrade please use the download link in your previous email receipt. If your email link doesn’t work, please contact support to reissue.

* Pro features have been moved into the free Vordio Lite version and timeline limit increased from 3 to 5 minutes. This allows free users to experience all of the Pro features.

* Better track organisation with support for complex audio source mappings including surround sound, reverse stereo, dual mono etc. Items are also now cloned, reconfigured according to each source and put on different tracks. In the example below a 5.1 Surround file has been split into 1 stereo, 2 monos & 1 stereo with some disabled. 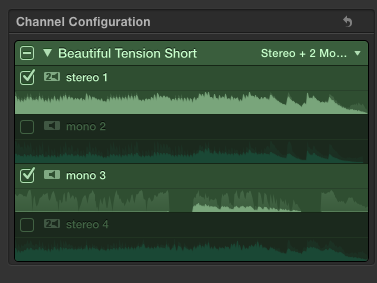 This results in separate audio items on different tracks (one for each audio source). This is much more convenient for mixing than before (a single 6 channel item).

supportPosted on August 10, 2014 Posted in Uncategorized

Your original email link should download the new version. If you have any trouble please contact support and I will reissue the email receipt.

supportPosted on July 6, 2014 Posted in Uncategorized

Vordio 3.0.2 is an important update to work with FCP X 10.1.2 who’s XML is now incompatible with previous versions of Vordio.

Changes in this release:

NOTE: The free lite version now has a project timeline limit of 3 minutes. Audio events after this limit are positioned but left empty. So for longer projects please buy Vordio Pro to support me as it is a lot of work keeping up with frequent changes by apple, let alone extra features I want to add.

Your previously emailed download link should get the update fine. If your email link does not work or you have lost it, please contact support to issue another one.

supportPosted on July 5, 2014 Posted in Uncategorized

This new XML breaks Vordio 3.0.1. I will update Vordio as soon as I can.

supportPosted on May 23, 2013 Posted in Uncategorized

Vordio does not yet support full time stretching but I am working on it for the next release.

If you have manually altered the speed of clips during editing, for example slowed one down to 50%, Vordio will create audio that is at the normal 100% speed, not 50% the speed.

Also, for certain combinations of mixing frame rates within the same timeline, FCP X will time stretch some clips automatically without explicitly informing you this has happened. Under these circumstances, Vordio may produce audio that seems to be very slightly out of sync. For instance if you put a clip recorded at 29.97fps onto a 30fps timeline, FCP X will automatically ‘conform’ it to play 0.01% slower to fit the new timeline. FCP X calls this process ‘conforming’ a clip but often does this behind the scenes without telling you.

This affects a few projects more than others when it comes to the way Vordio extracts & maps the sound. There are ways to avoid problems until the time stretching version is ready. In the meantime there are workarounds if you understand how FCP X manages time.

To avoid this happening, you should set the timeline to be the extact same frame rate as the recorded clips you are using on it. This means they will play at their native speed and Vordio audio will be in sync.

Here is a handy chart that shows when FCP X will automatically conform a clip without telling you. 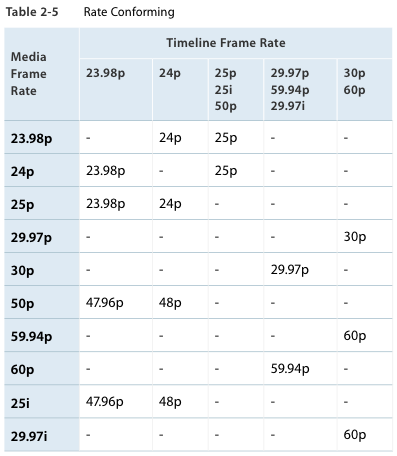 supportPosted on April 17, 2013 Posted in Uncategorized 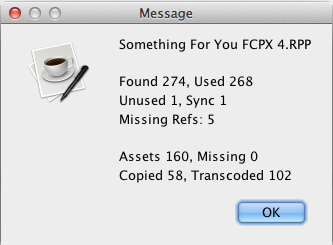 Disk image is not damaged. Message is misleading.

supportPosted on March 1, 2013 Posted in Uncategorized

If your Mac is running the latest Mac OS X versions 10.8 or 10.9 (Mountain Lion/Mavericks), you might run into a problem where your computer reports that the downloaded Vordio file is damaged. This message is actually badly worded and misleading. It should really say something like “this disk image is not apple certified, are you sure you want to open?”. Mountain Lion has added a feature called Gatekeeper which prevents users from opening applications from unknown developers. I hope apple change this misleading message to something more accurate in future. However, it is not broken and there is an easy workaround, so read on if this applies to you.

To install Vordio without issue on a Mountain Lion system, you have to first make some changes to the Gatekeeper settings.

Go to the System Preferences and choose the section Security & Privacy. 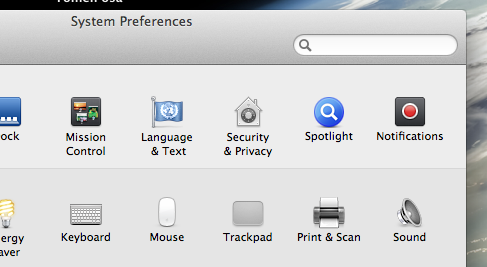 The Gatekeeper settings are under the ‘General’ tab which lies just below the password settings. There you can see three options to choose from. 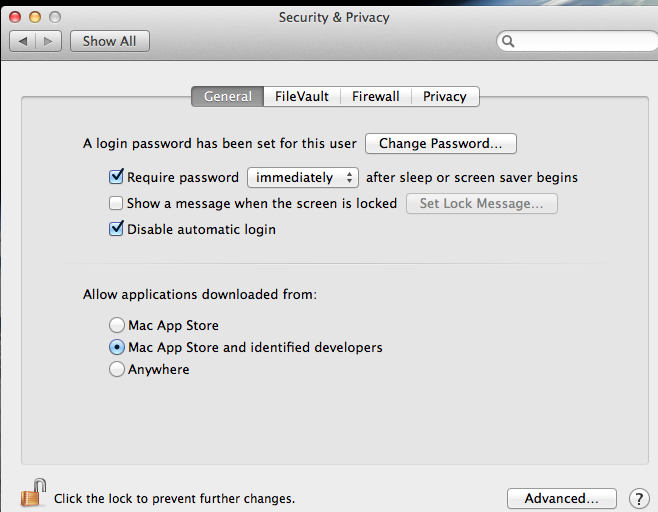 You can either choose to let your Mac open applications downloaded from trusted developers or anywhere. Check ‘Anywhere’.

Now when you open Vordio again Mac asks you whether you want to open the application since its developer is not known. You can drag it to Applications the usual way from here.

NOTE: The Gatekeeper feature is pretty useful to prevent malware on your computer through non apple certified applications. I suggest you to change the settings back to ‘Mac App Store and identified developers’ section. Otherwise be sure which apps you’re downloading.